Here’s your complete guide to Fourth of July fireworks shows and other festive events in Rancho Bernardo and around San Diego County. 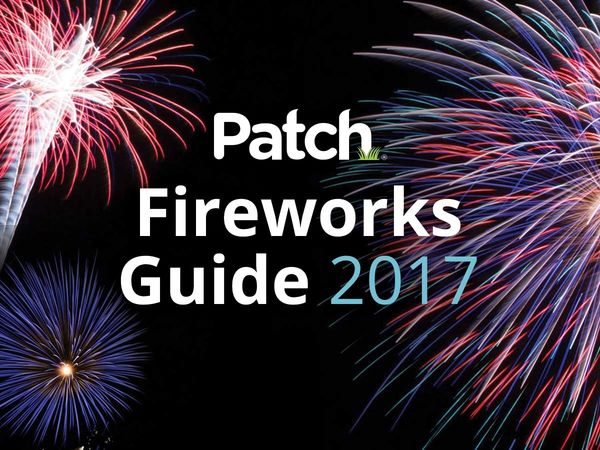 RANCHO BERNARDO, CA – Celebrate the Fourth of July in Rancho Bernardo with “The Spirit of The Fourth“!

The community fair opens at 9 a.m., with the parade at 3:30 p.m. End the evening with fireworks at Bernardo Heights Middle School. Gates open at 6 p.m., with the fireworks show set at 9 p.m.

Looking to celebrate outside the community?

From patriotic parades to spectacular fireworks shows, a variety of festive events celebrating America’s birthday are planned throughout San Diego County on Fourth of July.

Whether you want to celebrate on the coast or travel further inland, check out our complete San Diego County guide of fireworks shows and other Fourth of July activities for 2017. All events are scheduled on July 4 unless otherwise noted.

Red, White and Boom! at Legoland California: Legoland California’s star-spangled Fourth of July celebration – Red, White and Boom! – features a fireworks show set to patriotic music. Throughout the day, kids of all ages can enjoy more than 60 rides, shows and attractions, along with all-American family picnic games such as burlap sack races and water-balloon tosses. The celebration lasts from 1 p.m. to 9 p.m. with fireworks at 8:30 p.m.

Coronado Fourth of July Celebration: Celebrate the 4th all day long in Coronado. The festivities begin at 10 a.m. with the city’s annual Fourth of July parade along Orange Avenue, from First Street to Churchill Place. Following the parade, there will be a variety of other activities, including a 12K run and 5K run-walk, rough-water swim, parachute drop and a concert in the park. Festivities will conclude with a fireworks show over Glorietta Bay starting at 9 p.m.

Julian 4th of July Parade: Julian will once again present its annual 4th of July Parade, with this year’s theme as “Old Glory on Parade.” Pre-parade activities begin at 10 a.m. Following the National Anthem, the parade starts at noon along Main Street.

Fourth of July Fireworks at La Jolla Cove: After lounging on the beautiful beaches of La Jolla, celebrate the Fourth with a fireworks show at La Jolla Cove. The show begins at 9 p.m. at Ellen Browning Scripps Park.

Mira Mesa 4th of July Parade and Family Fun Day: Celebrate the Fourth of July all day long in Mira Mesa. Festivities kick off with a pancake breakfast from 7 a.m. to 11 a.m. at the Mira Mesa Senior Center. Family Fun Day at Mira Mesa Community Park then opens at 11 a.m. with food vendors and entertainment, followed by the city’s annual parade at 11:30 a.m. Family Fun Day continues until the start of the fireworks show at 9 p.m.

Ocean Beach 4th of July Fireworks: After spending the day relaxing with your toes in the sand and swimming in the ocean, enjoy a fireworks show launched from the Ocean Beach Pier. Fireworks begin at 9 p.m.

Oceanside 4th of July Activities: Get an early start celebrating the Fourth of July with Oceanside’s Star Spangled Sunset Market. In honor of Independence Day, the weekly outdoor Sunset Market will become the “Star Spangled Market” on June 29, with a “Red, White & Blue” theme. The market – which offers food, a children’s area, craft booths and more – will be open from 5 p.m. to 9 p.m. at the corner of Pier and Coast Highway.

On July 1, enjoy the city’s annual Independence Day Parade as it makes its way north on Coast Highway. There will be floats, marching bands and more. The parade will take place 10 a.m. to noon in downtown Oceanside.

The city’s annual Fireworks Show is scheduled for July 3. The event kicks off at 6 p.m. with food trucks parked on Rancho Del Oro Road. Fireworks are scheduled for 9 p.m.

On July 4th at the Beach, beachgoers will find a variety of booths and activities in the plazas, parks and parking lots along the Strand from Oceanside Pier to Tyson Park.

During the annual Dinghy Parade on July 4, participants will decorate their dinghies in a patriotic theme and parade them around the inner harbor where they are judged. The parade will take place from 1 p.m. to 3 p.m. in Oceanside Harbor.

Following the 4th, participate in the annual “Morning After Mess” Beach Cleanup from 9 a.m. to noon July 5 at the Oceanside Pier.

SeaWorld San Diego Star-Spangled Fireworks Spectacular: SeaWorld will celebrate the Fourth of July with a fireworks show starting at 9:40 p.m. Park hours will be 10 a.m. to 11 p.m.

Old Town Fourth of July Celebration: Go back in time with an old-fashioned Fourth of July celebration at Old Town San Diego State Historic Park. The daylong celebration kicks off at 11 a.m. with a brass band followed by patriotic speeches and a flag raising ceremony. There is also an annual Fourth of July parade around the plaza, as well as free games and activities, such as cow chip throwing, cherry pit spitting and a pie-eating contest.

4th of July Run & Ride: The 4th of July 10K Race takes runners around scenic Miramar Lake and ends at Hoyt Park. There is also a two-mile fun run, as well as 12-mile, 28-mile and 50-mile bike rides.